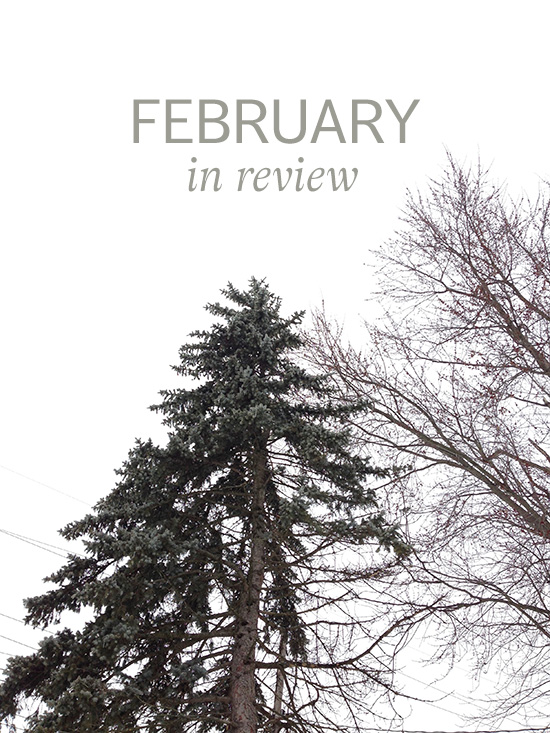 I stopped reviewing my months for a while there. The break in routine that is the holidays took a while to recover from this year. But now I’m getting back in the swing of things and am back to learning small tidbits during the month. Here’s what I learned in February.

1. Babies. They grow up SO FAST!
I remember as a young pregnant lady, people would get all nostalgic when talking to me about their own kids and say things like, “Before you know it they’re all grown up” and, “Having kids will change your life completely.” And I was all like, “yeah, yeah… everybody says that. You’re all just being nostalgic.” But now I know. ALL those people were RIGHT! My baby is about to turn two. How?

2. Potty training is exhausting, even when it goes surprisingly well.
OR, maybe it’s going well because we’re exhausted?

4. Global warming has undergone a “rebranding” of sorts.
I was realizing when listening to the news the other day that no one calls it “Global Warming” anymore. Now it’s “Climate Change.” I suspect this is to counteract all those naysayers out there who liked to make such remarks like, “You call this Global Warming? It’s the coldest winter we’ve had in years!” As if the temperature in their own backyard was all the evidence scientists needed to be like, “Oh, yeah. I guess we can go on polluting the earth then since this cold temperature you recorded is proof that our children will not suffer any devastating consequences from a warming globe.”

5. Speaking of climate change. It affects the jet stream. And that explains all the unfortunate weather we’re having all over the country this winter.
I found this story on NPR to be very fascinating and informative. Also, I am a nerd.

Filed under: make it fun, month in review