20 months is an interesting age. It’s hard to tell sometimes if my Charlie is a baby or a little boy. There are so many things that he approaches with an “I can do it myself” attitude, until he decides he needs mama to do everything for him. I can feel myself on the cusp of what I know will be a lifelong journey of giving him just the amount of freedom and independence and responsibility he needs to grow and learn, all while being ready to step in as mama when it’s needed. 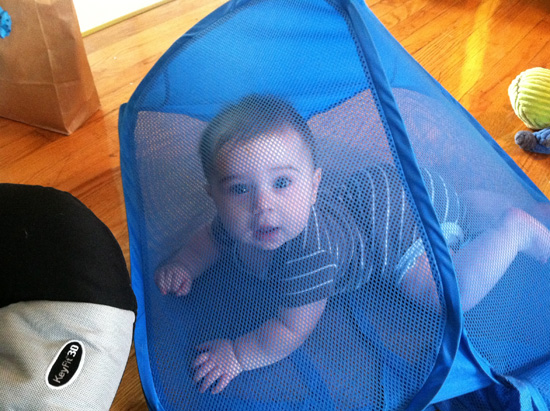 Early attempts at helping with the laundry.

One thing I’ve been trying out recently has been to include Charlie in some of the household chores. I’ve noticed that by making an effort to give him little jobs it cuts down on the amount of fussiness that would normally happen while I’m busy with housework, and it gives me many opportunities to marvel at all the things my boy can do. I’ve had to be creative and laid back about these “chores”. He is 20 months after all, and his homemaking skills are not fully developed.

##Things to Remember When Giving a Toddler Chores

###This is a time for teaching.

Just because I tell him to do something doesn’t mean he’ll know how to do it or do it well. I will often need to come along side him and show him how it’s done or do it with him. It will often take longer than if I just do it myself and can sometimes create an even bigger mess. I just have to remember that including him is not a waste of time, but rather an investment of time to train him for the future.

###Take advantage of the opportunity to praise.

Giving Charlie chores gives me lots of opportunities to praise him for being helpful or a hard worker, two qualities I want him to know I value. But if he gets distracted and moves on to some other activity while I’m folding laundry I don’t let it bother me. This isn’t the time for expectations, just appreciation.

##Ways to Include a Young Toddler in Housework

**Putting dinner ingredients and cooking supplies on the table.**
I have to stick to things that aren’t too heavy and can handle a fall, but things like the bag of shredded cheese or the measuring cups can stand up to the “helpfulness” of a toddler. Charlie can barely reach the top of the table, but he loves to help in this way. He also enjoys the reverse of putting ingredients back in the fridge when I’m done with them.

**Stirring**
He’s not actually any good at this yet, but if I’m mixing ingredients in a bowl I often let him stand on a chair next to me with his own spoon to poke around with. I like to think he’s learning important skills.

**Pouring or scooping**
Again, this is something I have to be choosy about, but he does a great job of scooping cheese or other dry ingredients into a bowl or sprinkling some spices (as long as I’m watching carefully to monitor the amount that goes in!).

**Sweeping**
As I’m cleaning up I will often ask Charlie to sweep the floor. He has his own little broom and he will happily get it and start moving it across the floor. This doesn’t actually clean the floor, mind you, but he keeps him happy and occupied while I work on other things. If he feels the broom isn’t working for him he’ll flip it upside down, starting making vroom-ing noises, and pretend to vacuum instead. He also enjoys the mop. 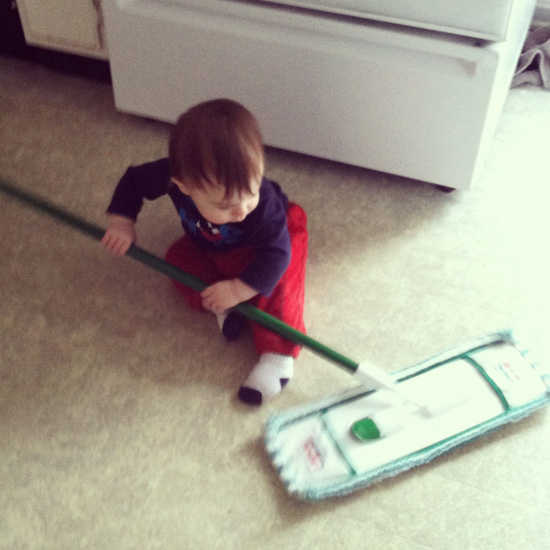 ###Help Around the House

**Folding laundry**
This is more like pulling laundry out of the basket for me to fold. But whatever.

**Dust the furniture**
Give him a rag and point to some furniture and he’ll stay happy for at least a few minutes. 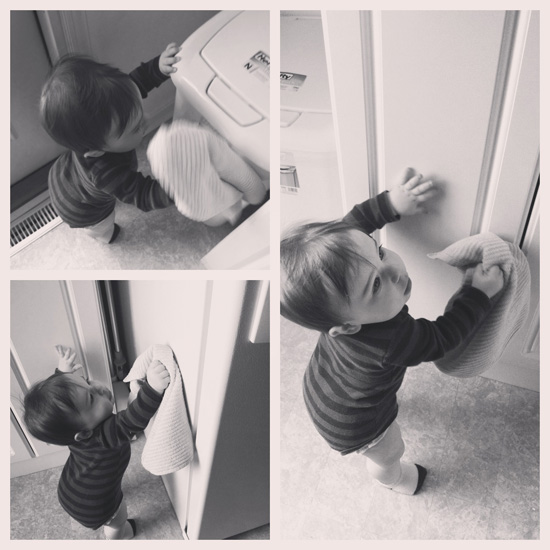 **Throwing away trash**
Charlie loves to throw things in the trash can for me. This is especially helpful when weeding out the junk mail for the day.

###Taking Care of Himself

**Picking up toys**
Charlie is usually happy to pick up his toys if given enough direction. I can’t just say, “Go pick up your room.” But I can say, “Put the car on the shelf.” 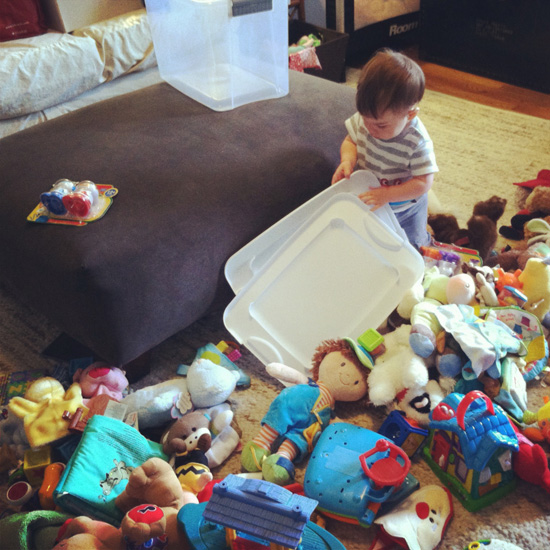 **Picking out clothes**
Charlie is especially good and finding his shoes and bringing them to me when it’s time to go outside.

###Taking Care of the Dog

Our dog Mabelle is Charlie’s absolute favorite. He will do anything for her.

**Put out the food dish**
Once I scoop the dog food in the morning, I can hand the bowl to Charlie to put down in Mabelle’s spot. He’s remarkably careful with it.

**Find toys and bones**
Anytime we leave the house we put Mabelle in her crate with a few toys. Charlie likes to pick them out and put them in the crate for her.

I think the thing I have enjoyed the most about trying out these new chores has been to see just how much he is capable of when given the opportunity. I didn’t know how much of what I said and did was understood by him until I started asking him to do things. The human mind never ceases to amaze.