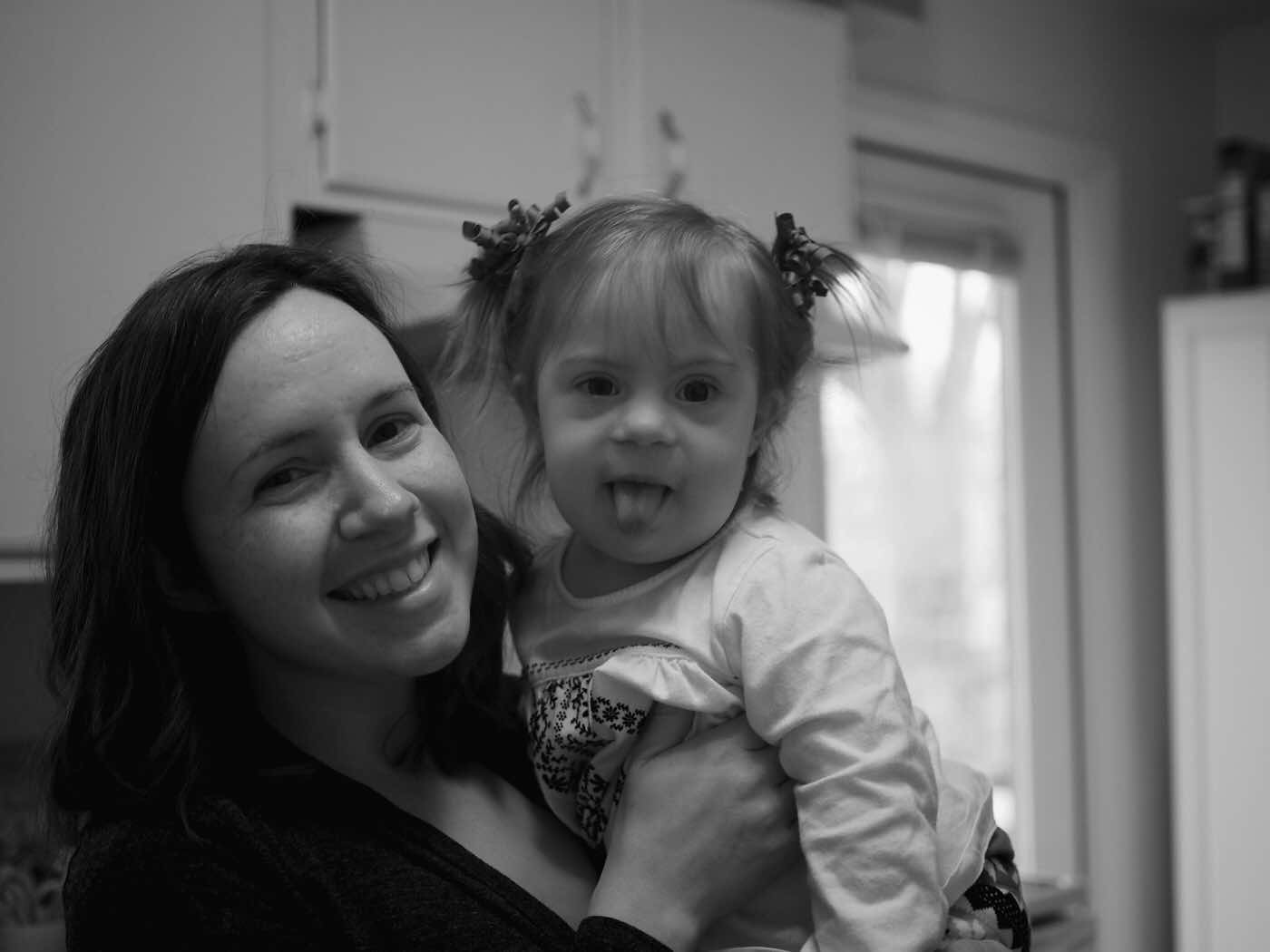 My little Penelope is two!

With her birthday a week before Christmas, I still have a lot to figure out in terms of keeping the celebration of her separate from all the other festivities of the season, but right now all festivities are fun and exciting and make her pretty happy. 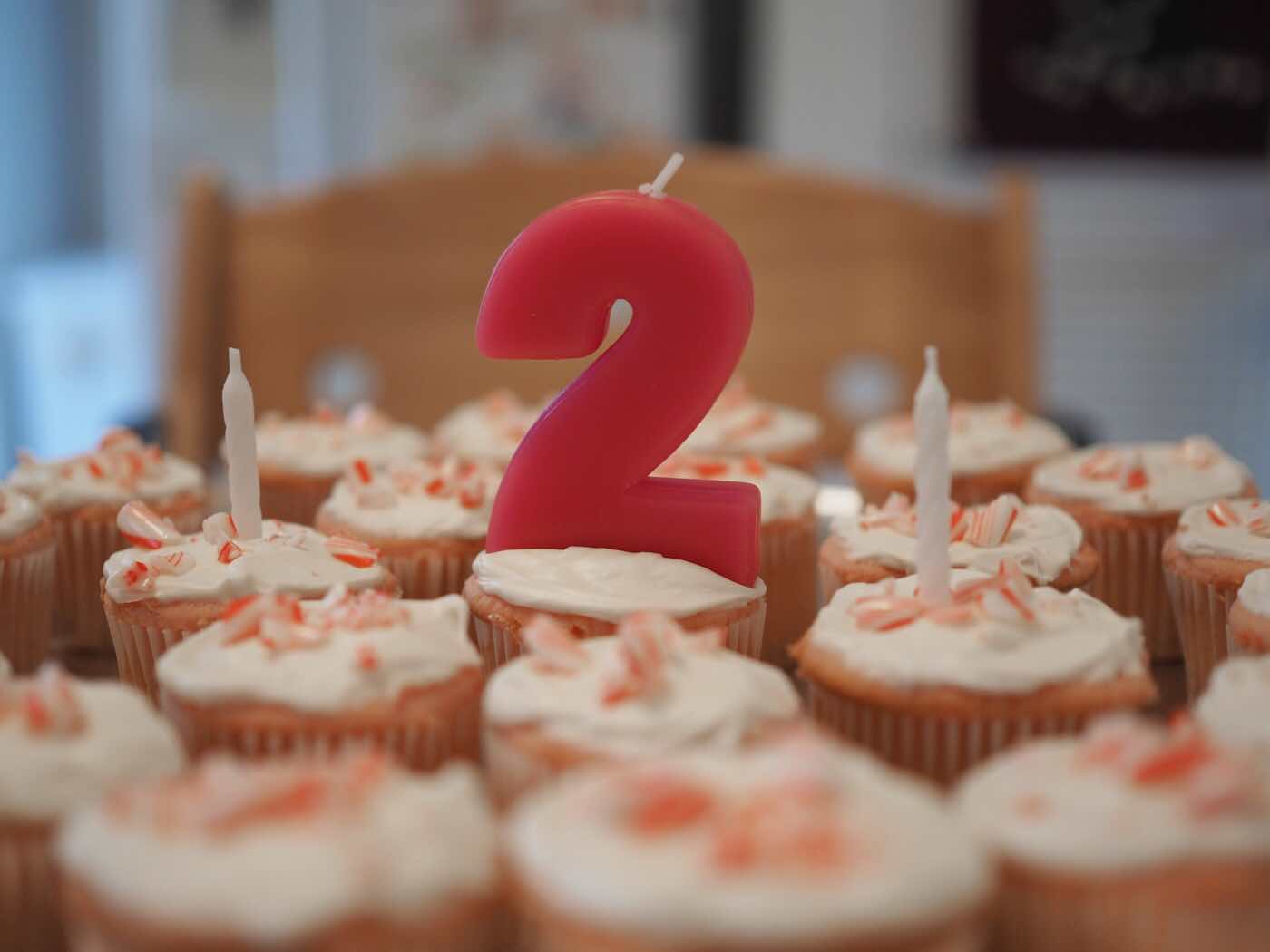 So for her birthday we had some family over for a Peppermint Party. 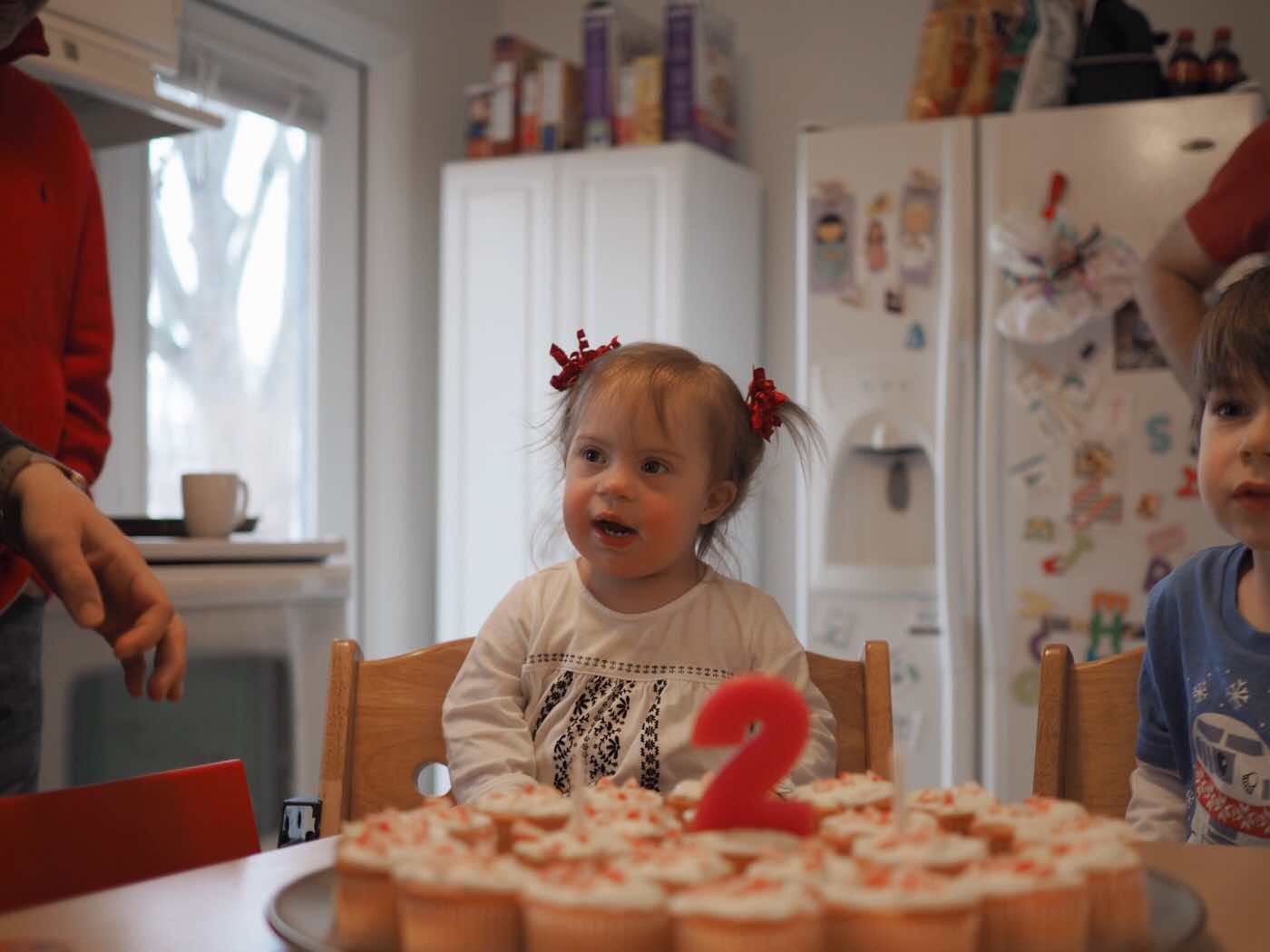 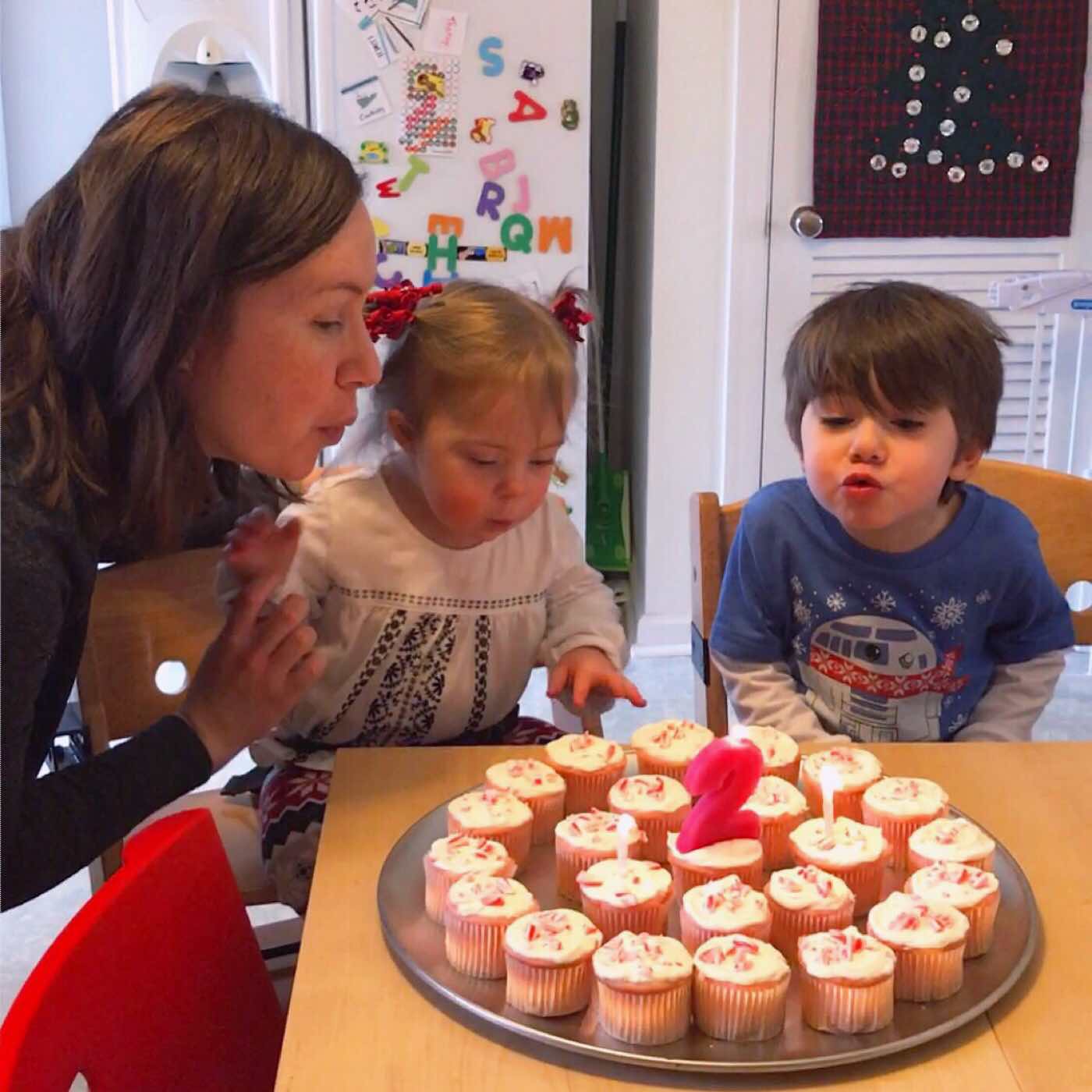 She was very excited about the cupcakes and even tried to blow out the candles. Our peppermint cupcakes were made with a white cake mix with pink food coloring and crushed candy canes sprinkled on top. 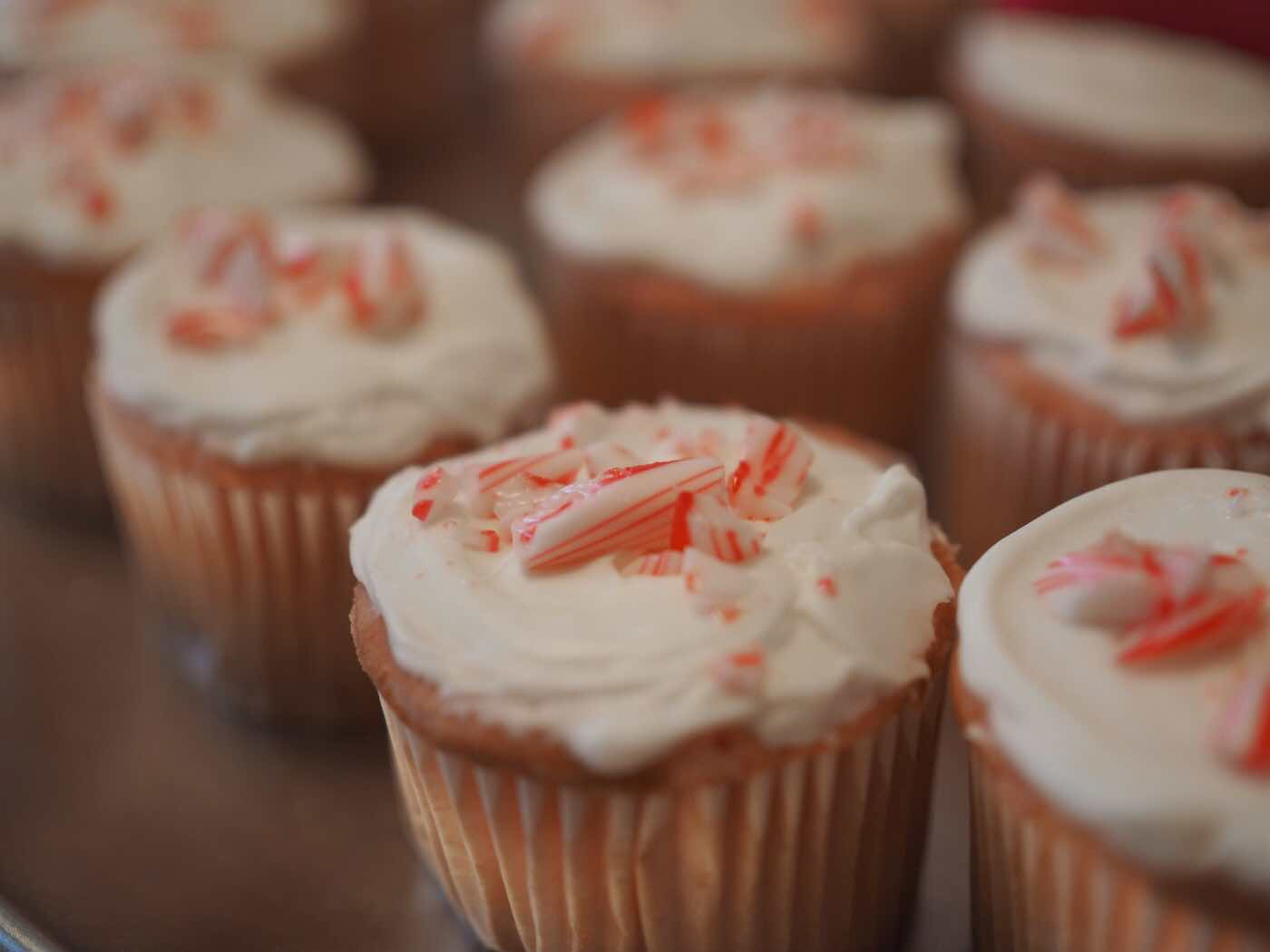 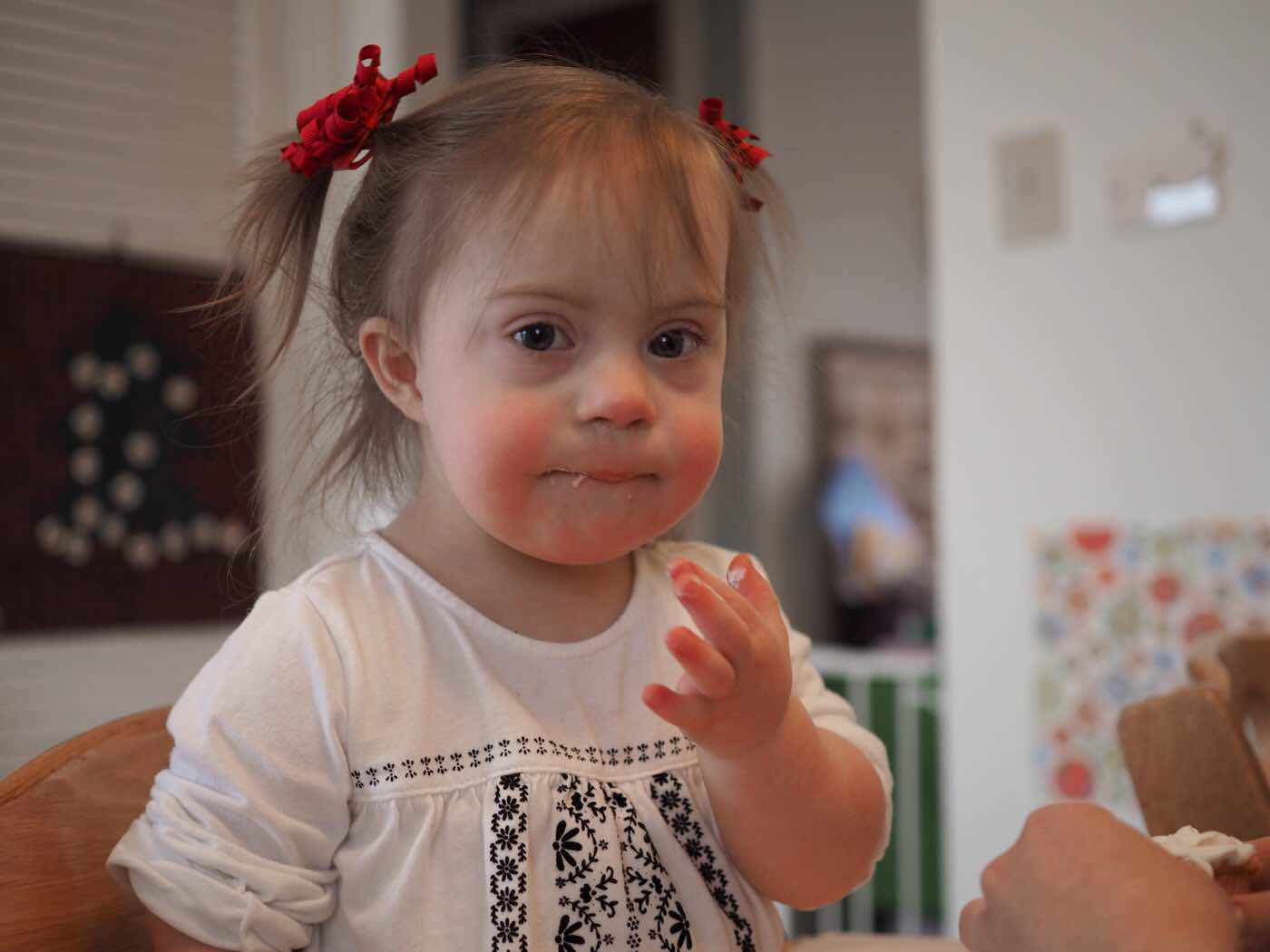 We played “candy cane hunt” (like an Easter egg hunt with candy canes). Poppy was maybe a little young to really get into this game, but Charlie loved it and Poppy enjoyed putting the candy canes in the cup we had out to collect them. 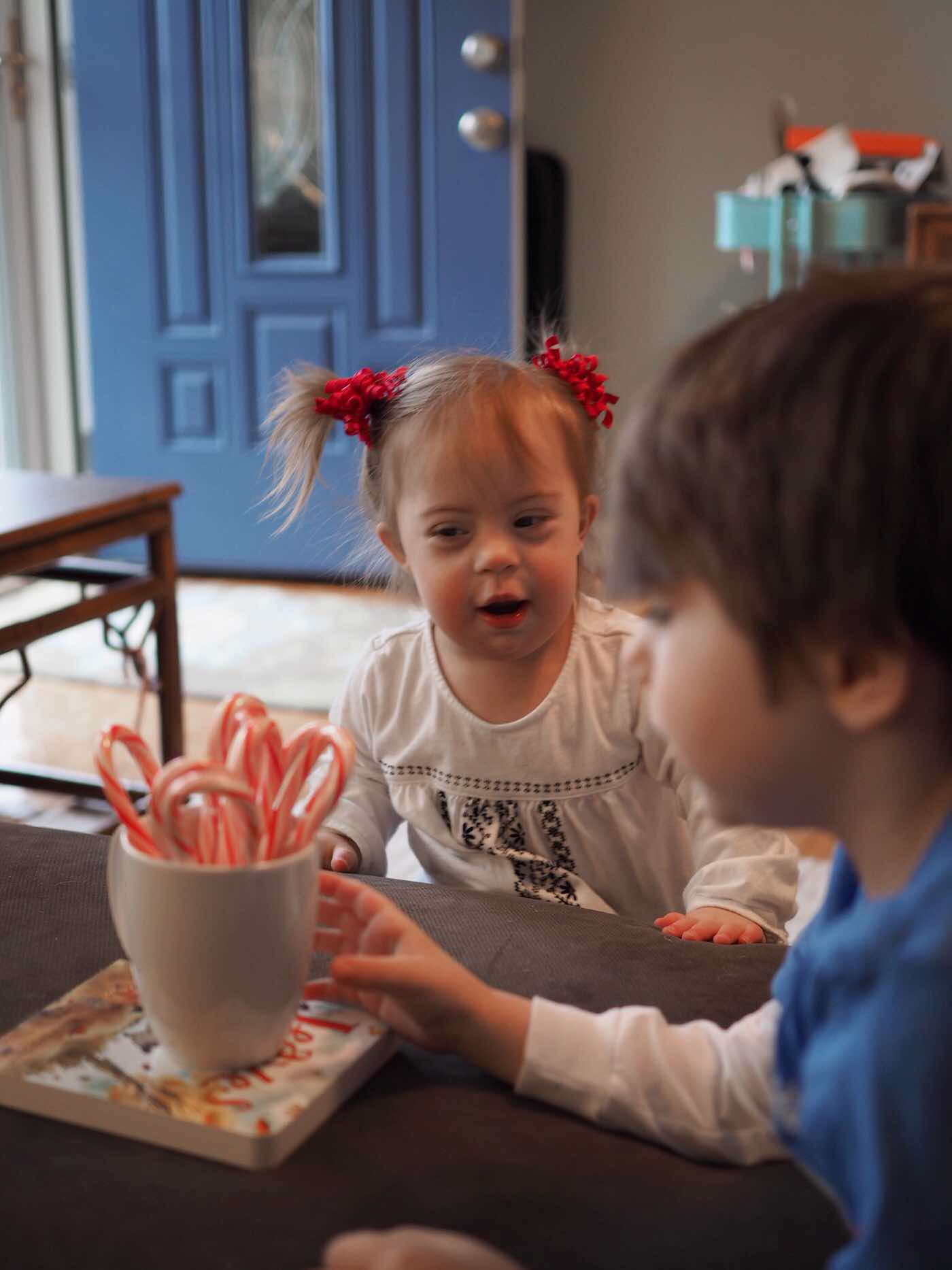 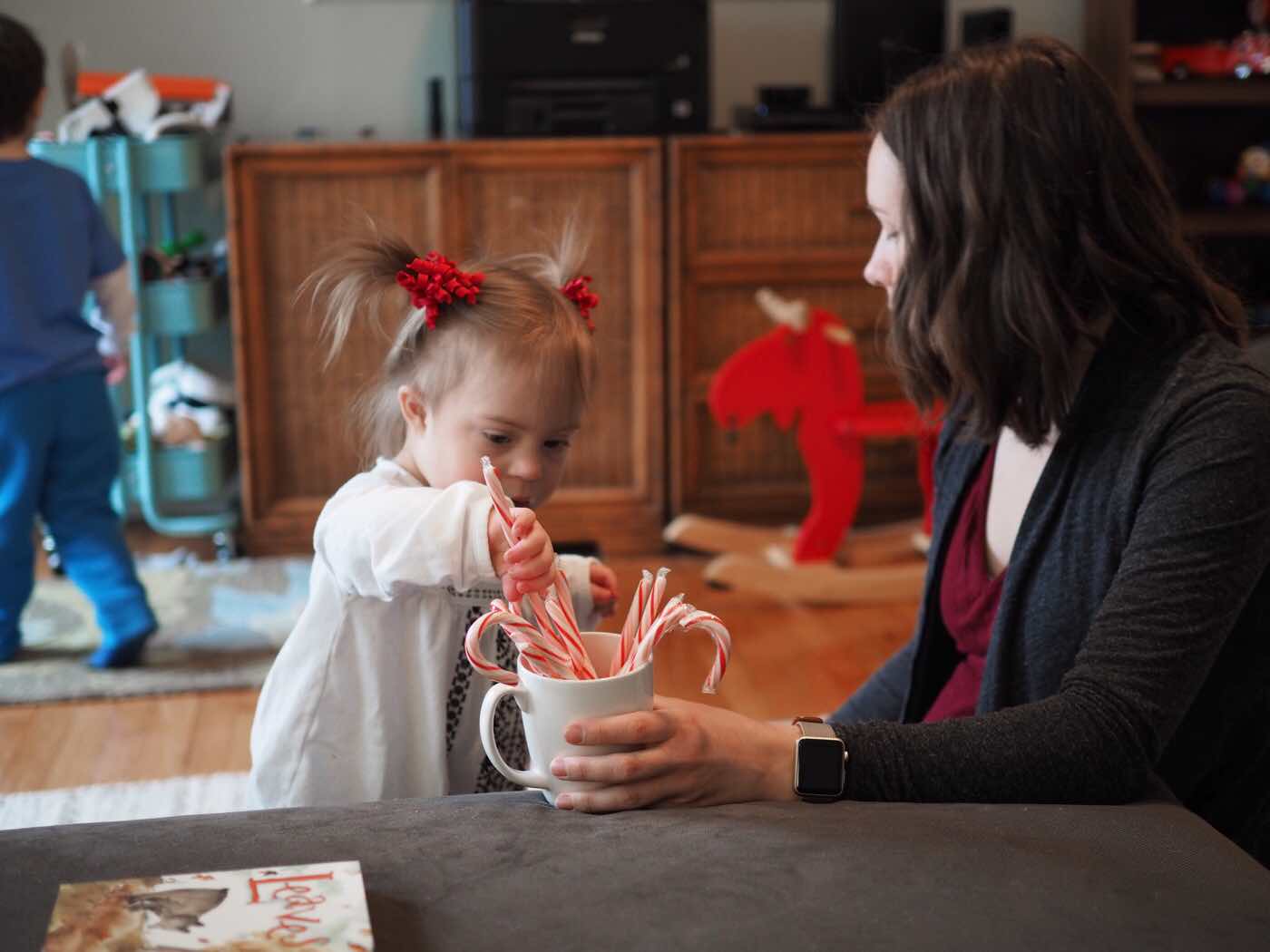 Then we opened presents and played!

At two years old Poppy is walking independently, loves to play with dolls and look at books, and is finally becoming a lot friendlier to people other than Mama. This past year we have definitely seen her turn the corner from babyhood into being a full-fledged toddler, and her personality is really starting to take shape. I can already tell you that she is more of a daredevil than her big brother, but also very sensitive and empathetic. She thinks Charlie is the most fun and hilarious person, but won’t hesitate to stick up for herself if he gets in the way of her fun. While her communication skills are still limited, she is very emphatic when telling stories. And she’s turning into a real Daddy’s girl, which Chris is falling for… hook, line, and sinker. 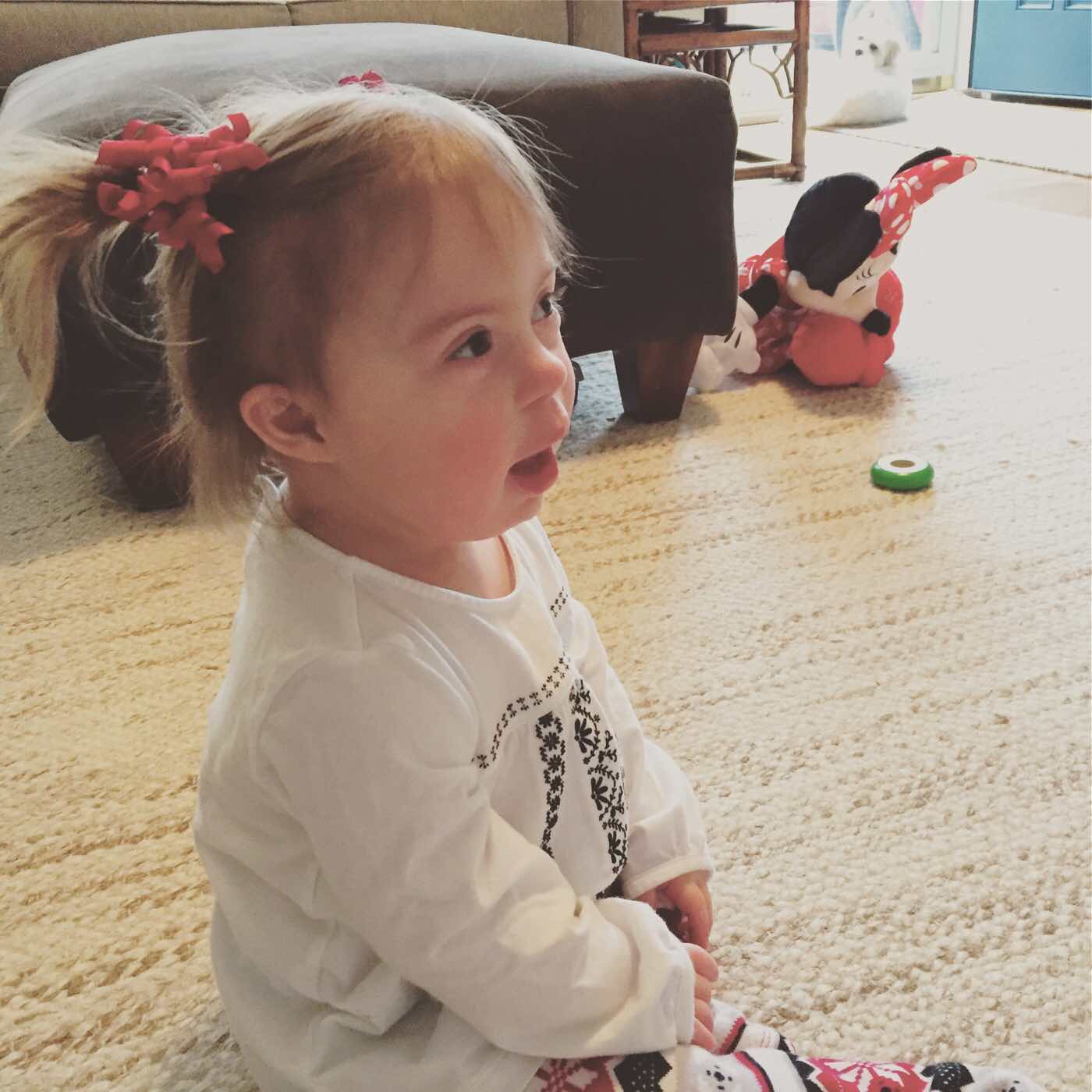 Happy Birthday my beautiful girl! It’s such a joy to watch you grow!