There’s no denying that kids make all the holidays more fun. I’m not usually a Halloween fan, but sharing in the excitement with Charlie this year made for some fun memories.

We went to the orchard a couple weeks ago to pick out some pumpkins. 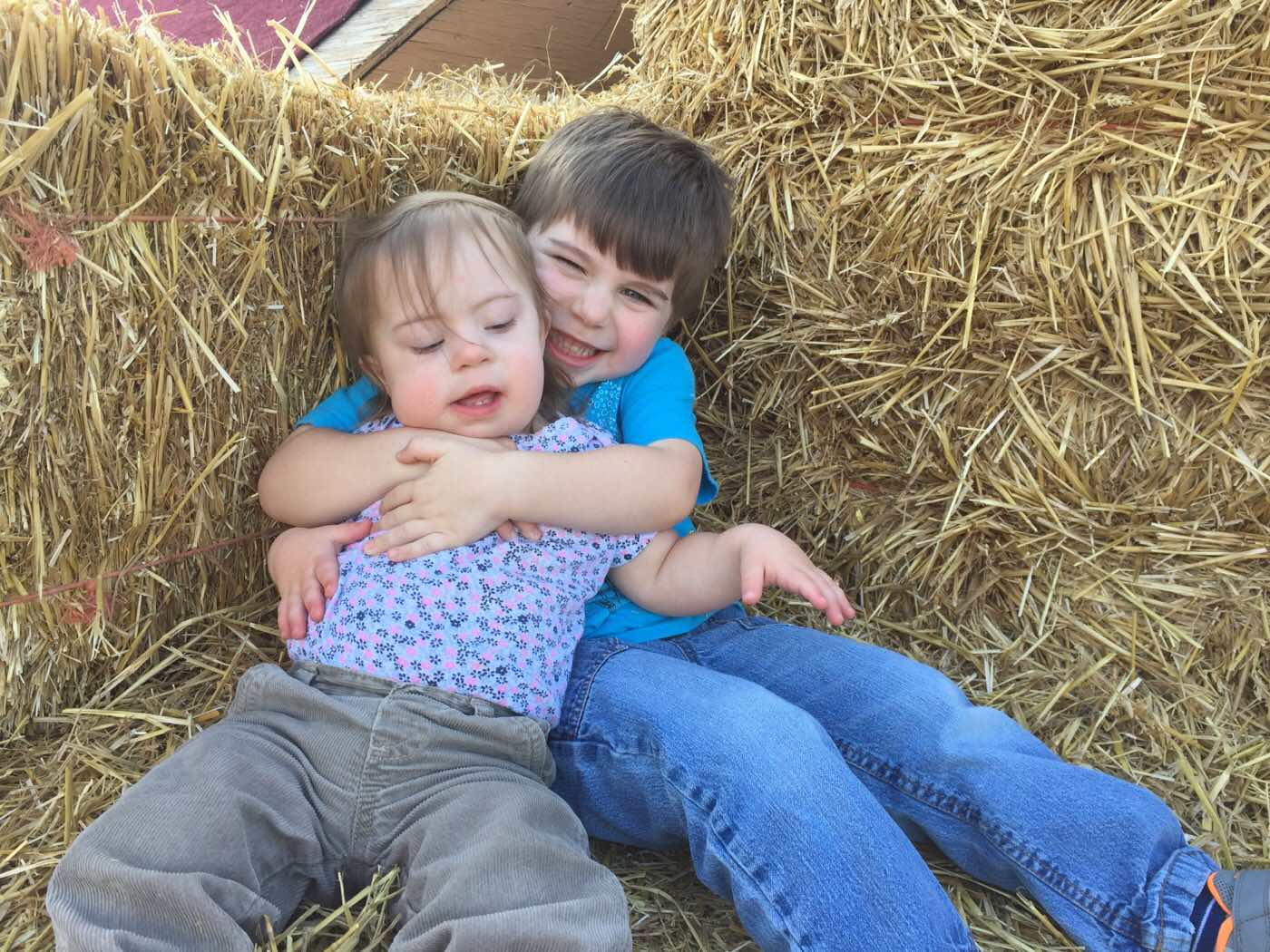 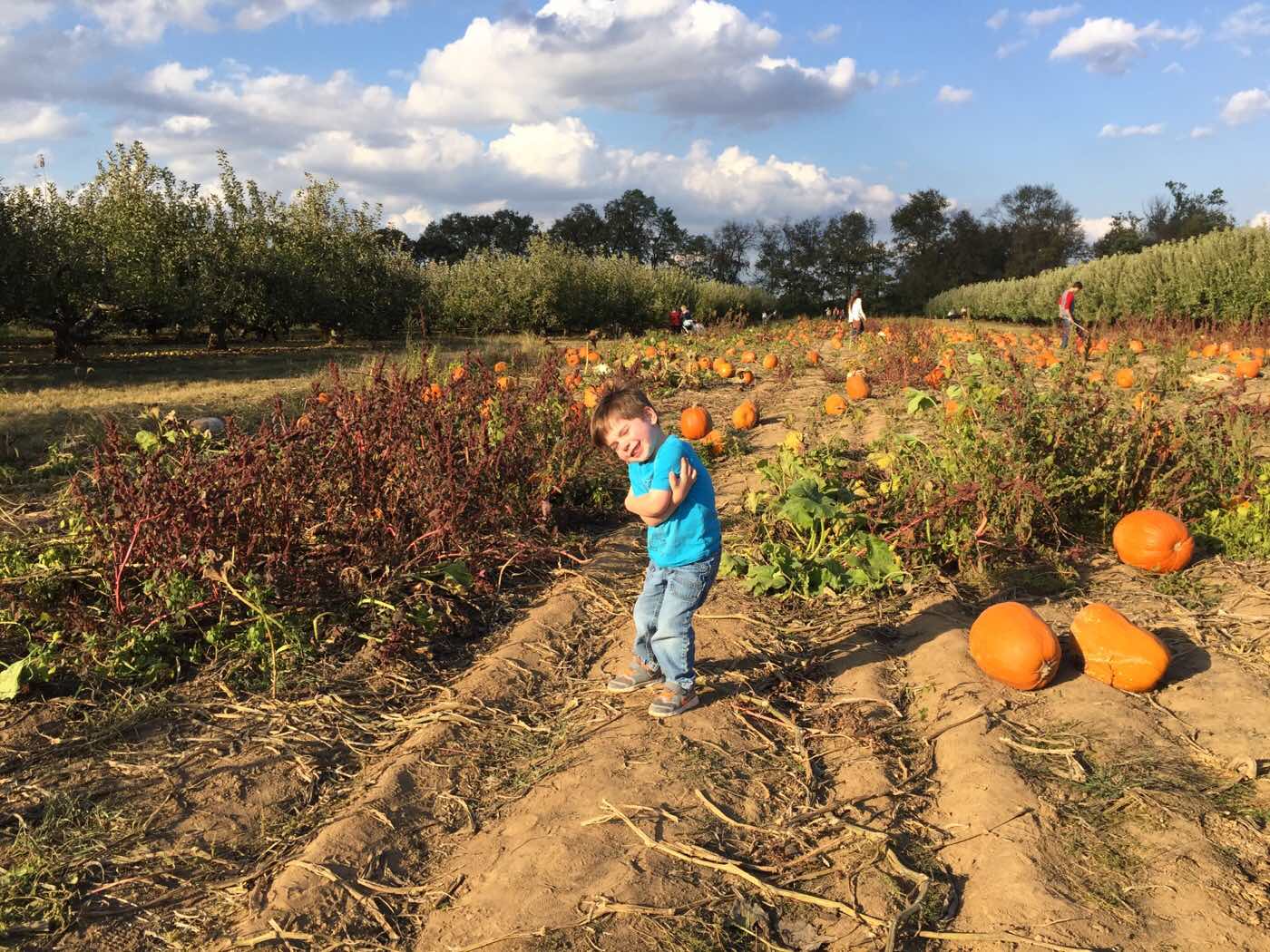 Then we carved them. Charlie wanted a monster and a monster truck. So I did my best. 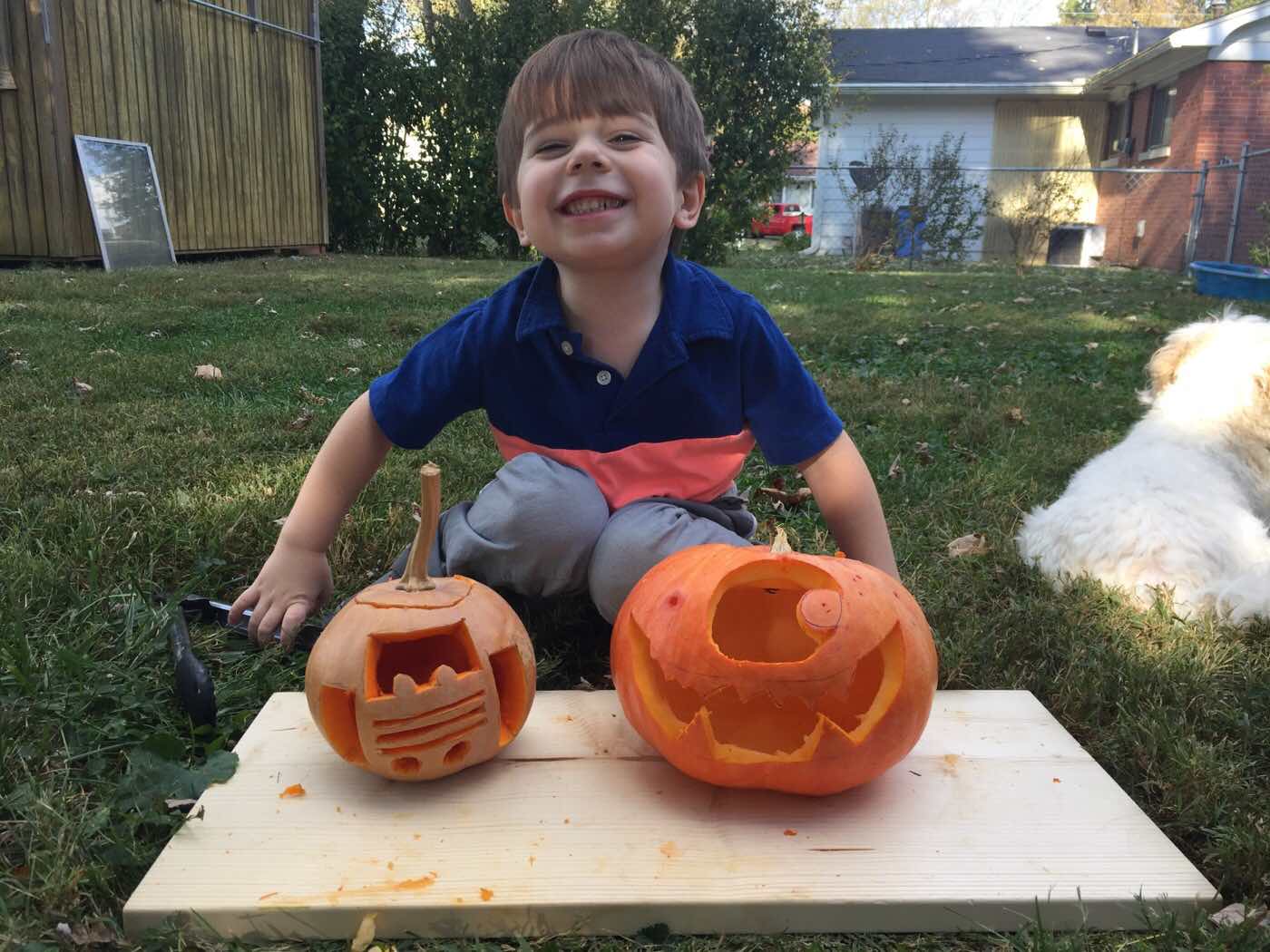 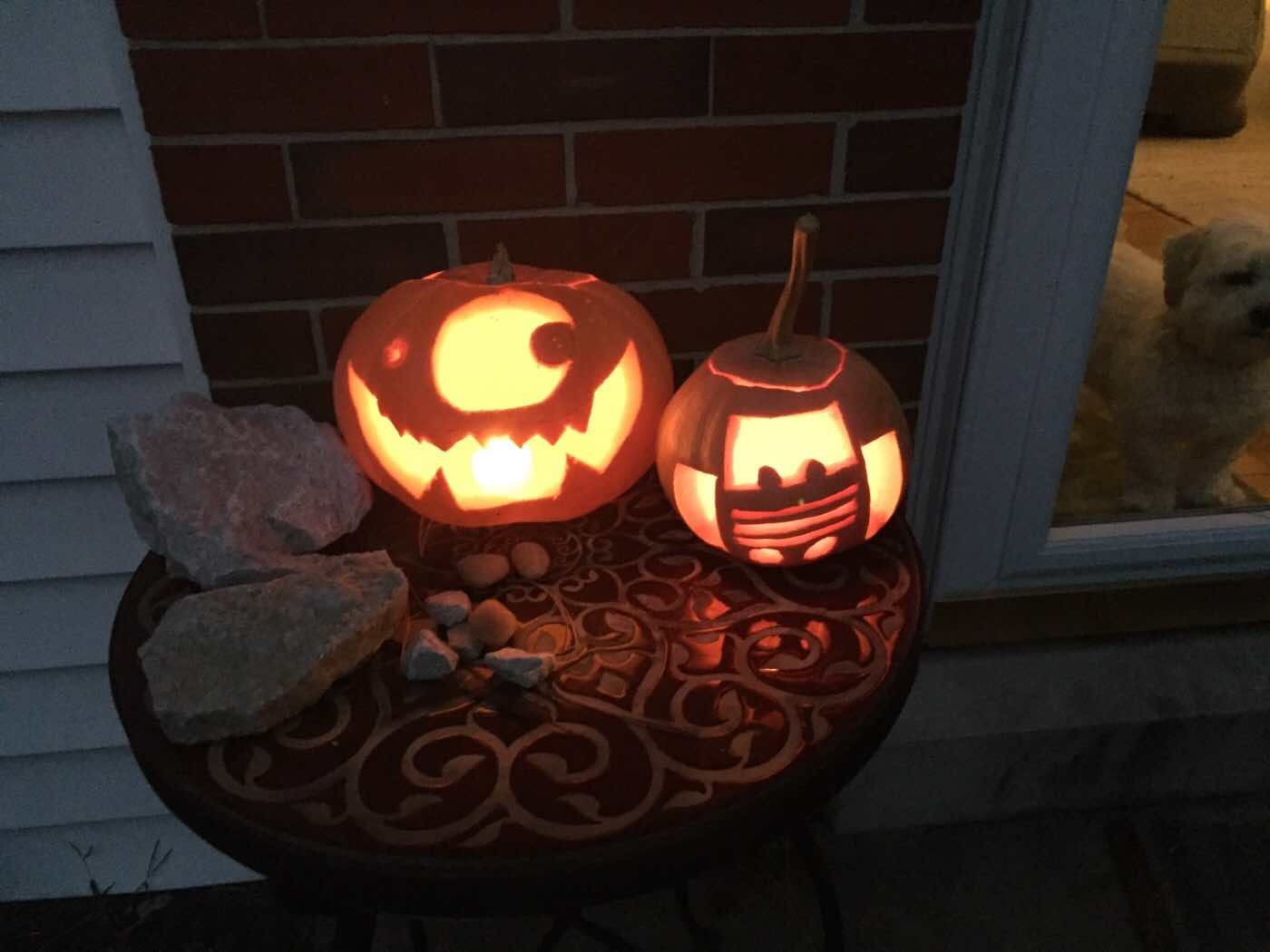 I was impressed that he was actually semi-helpful in scooping out the pumpkin seeds and he stuck around the whole time I was carving the pumpkin rather then running off to do something else. 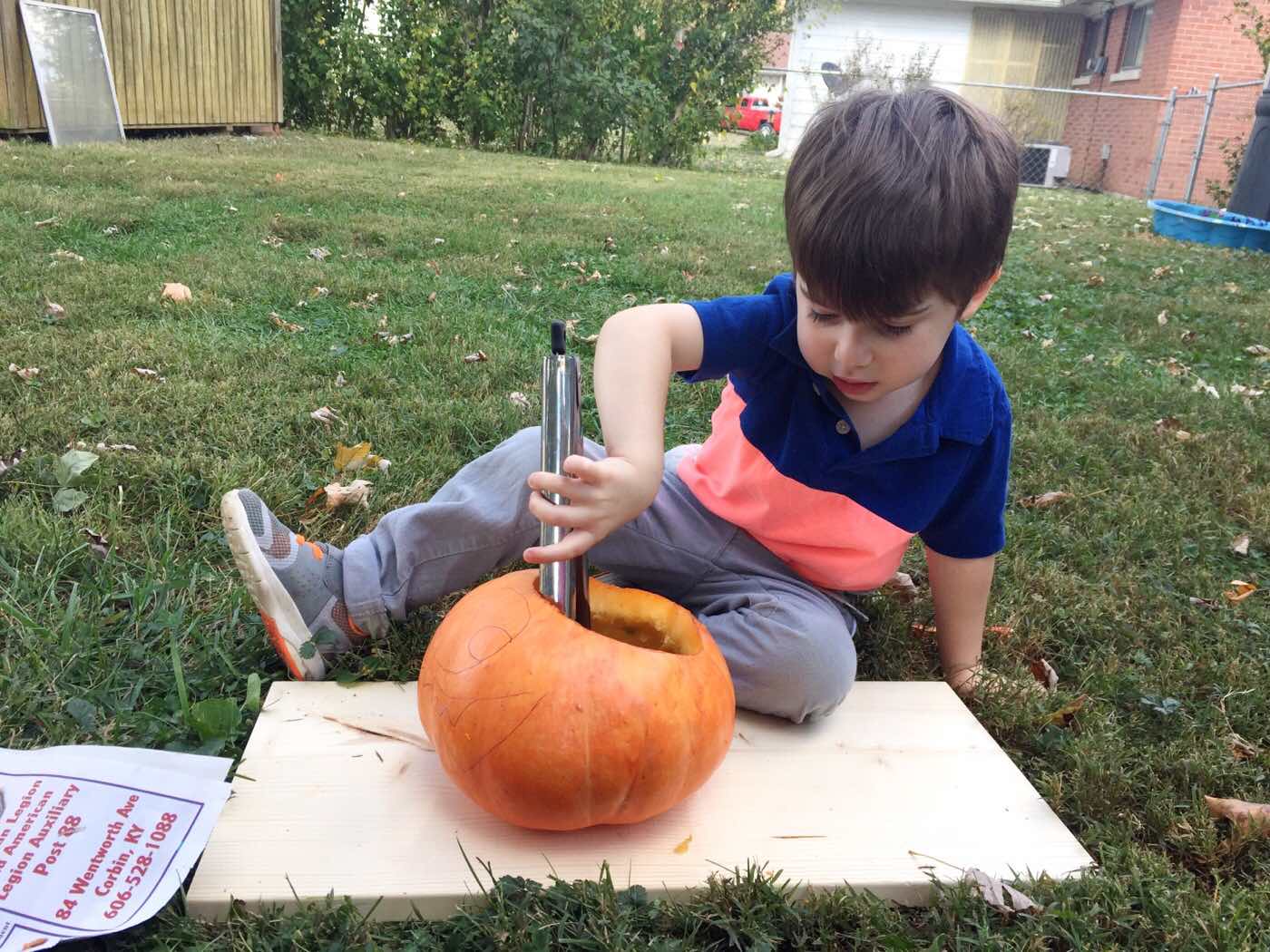 And of course the main event required costumes. Charlie has become a big Star Wars fan, despite not being allowed to see the movies yet, being only 4. But somehow he still knows all the characters and loves to pretend he is a storm trooper. So for Halloween, we went with a Star Wars theme. 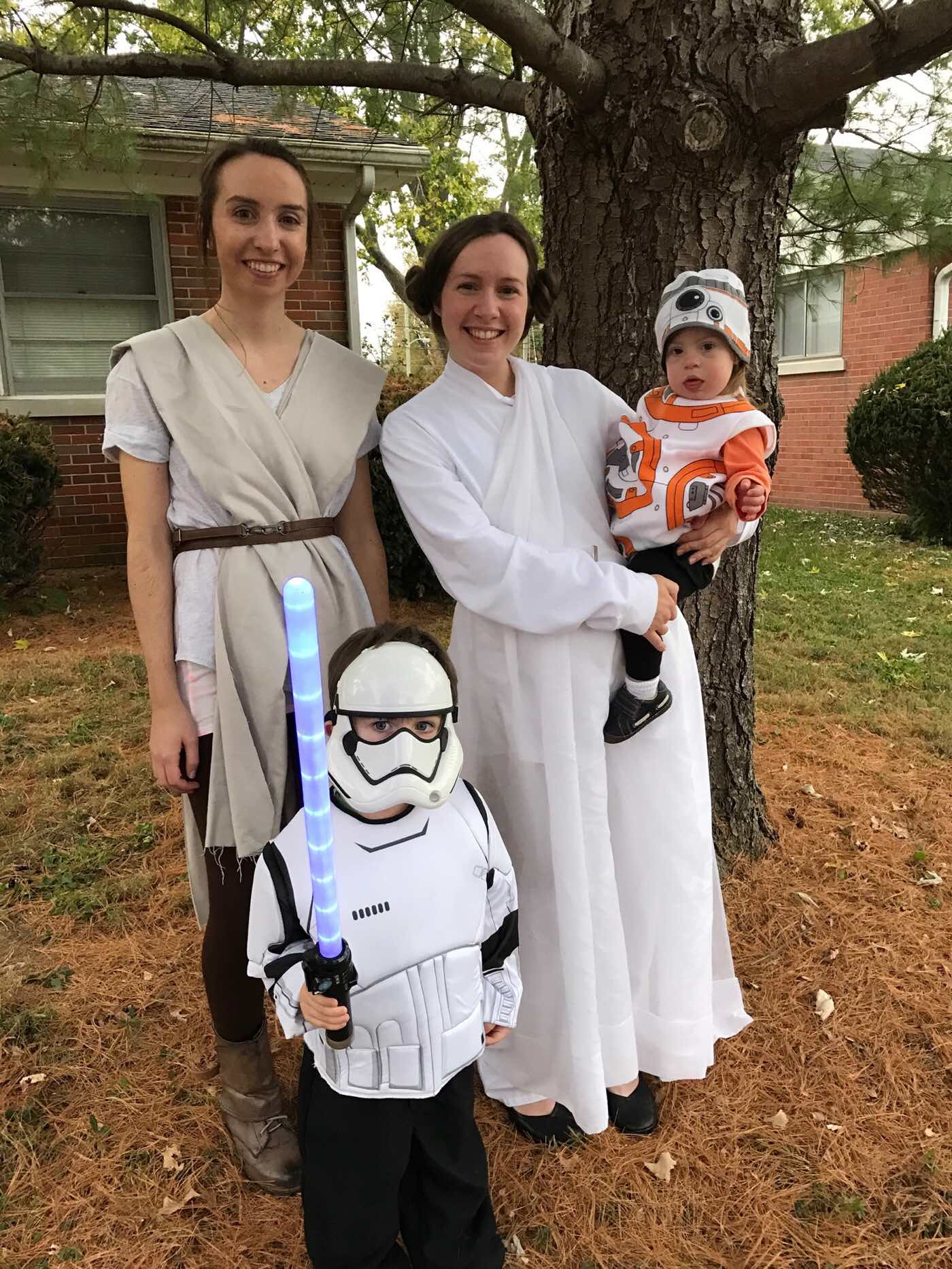 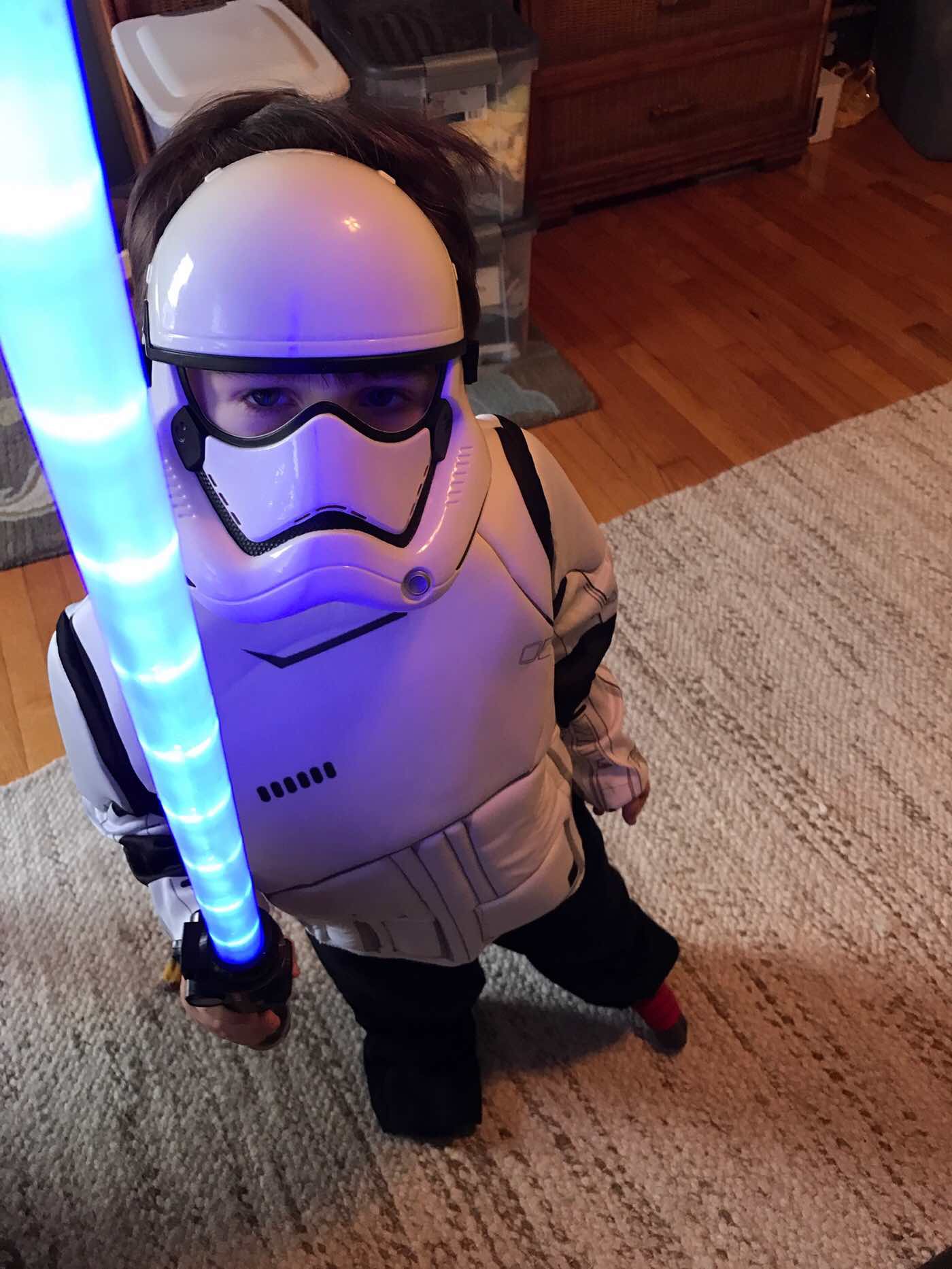 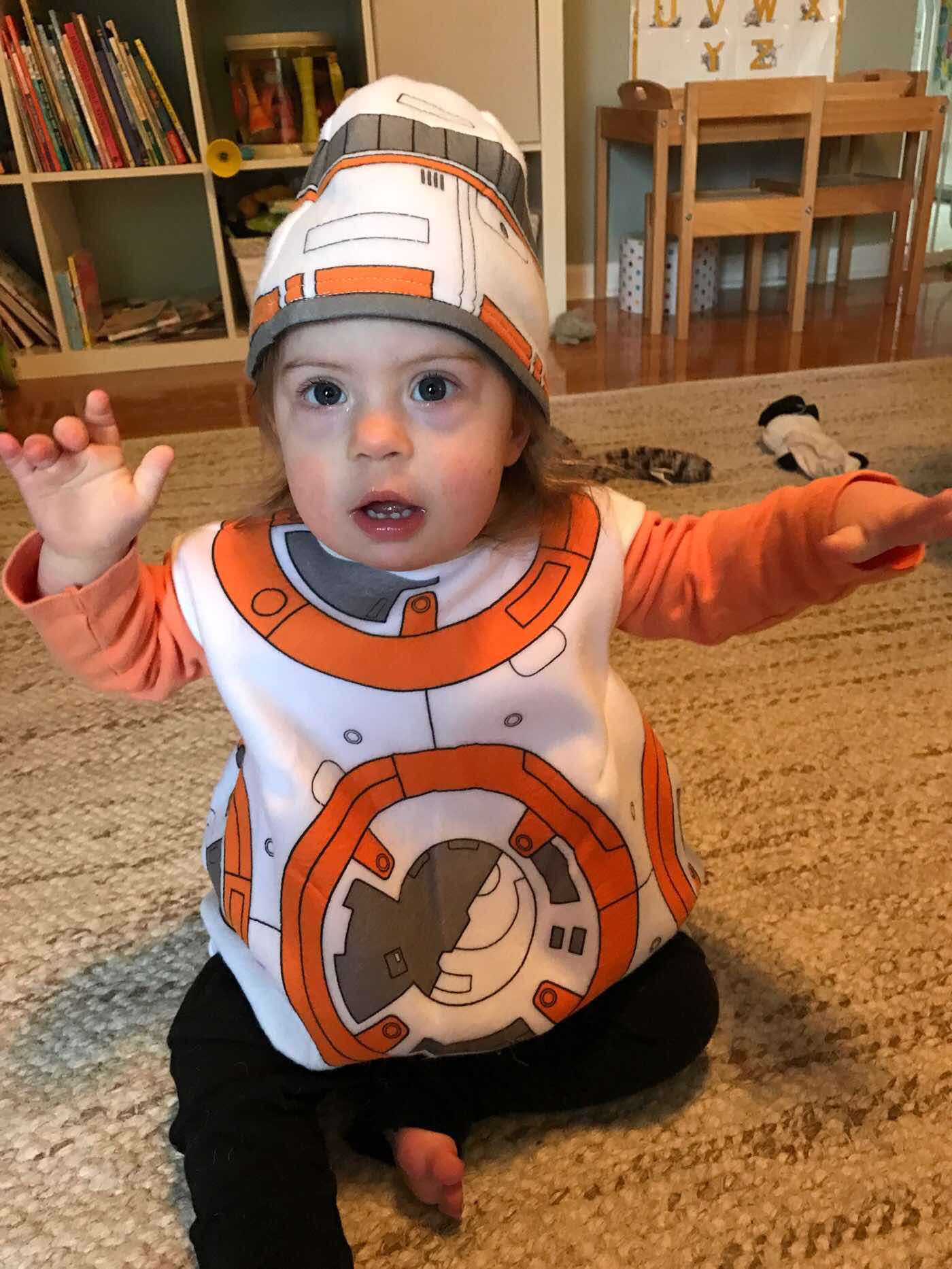 Our town has a great family friendly trick-or-treating event on Main Street each year, so we spent the evening walking up and down the street, admiring all the other people in their costumes, and collecting a bucketful of candy.

My favorite moment of the night: after dinner Charlie asked for some dessert. I told him no, because he would want to eat some of the candy he got trick-or-treating once we got home. At which point his eyes got real big and he said, “We’re going to get candy!?”

I have a feeling he’ll know what’s going on a bit better next year. 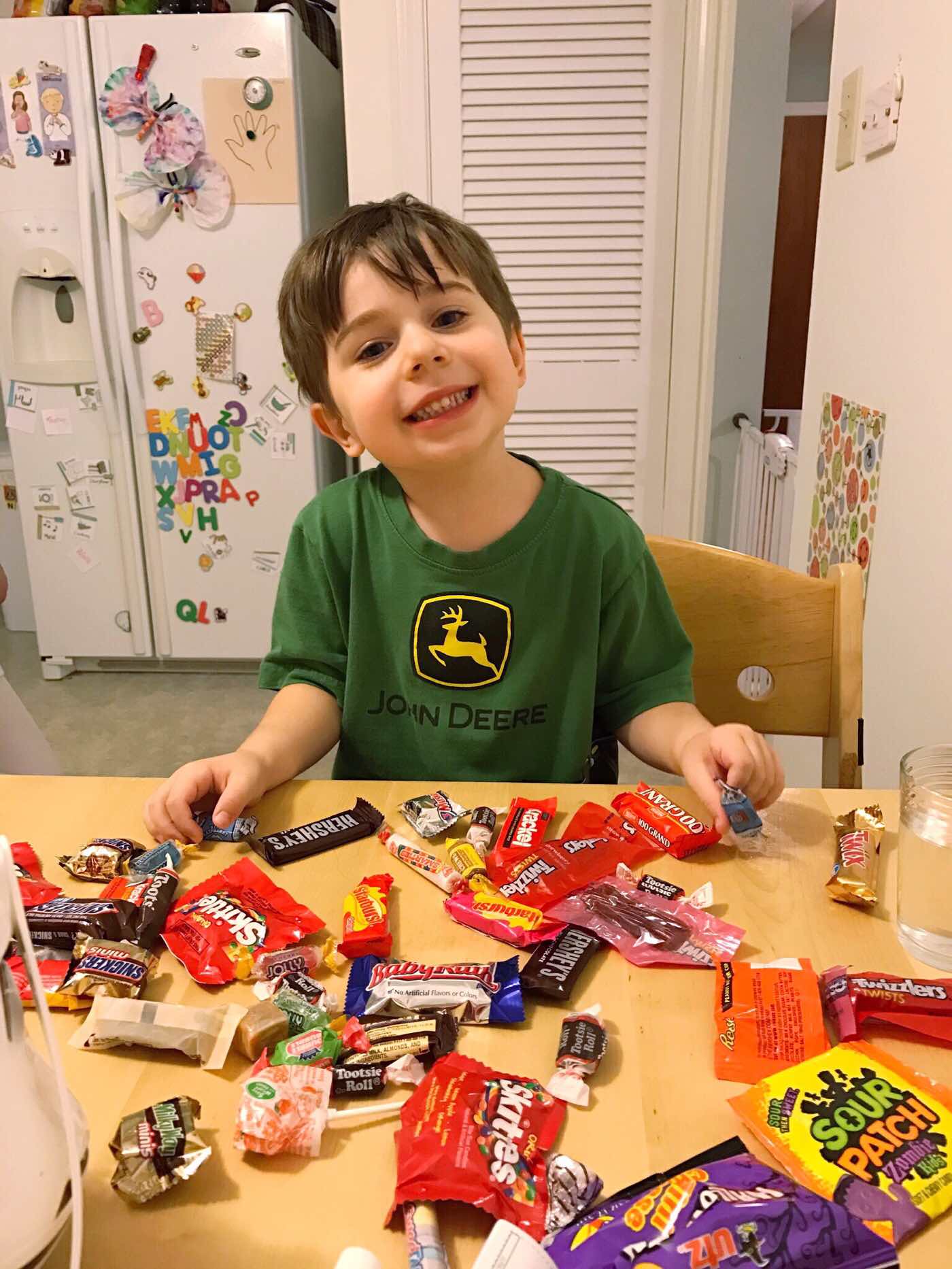